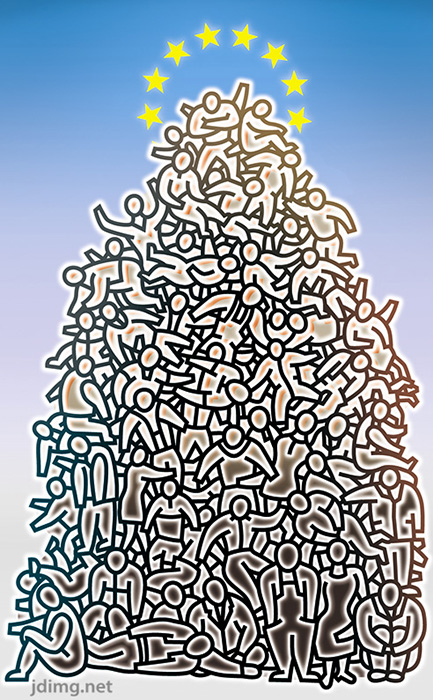 Mountain Europa "Unemployment in Europe has bottomed out at 8.3% after several years of uninterrupted decline. Why Europe seems to be cursed with high unemployment in both good times and bad is a question that has vexed economists for more than twenty years. Europe will need a far more sweeping reform of its labour market institutions if it wishes to rid itself of the constant threat of double-digit unemployment." (0)
2001-08-14
for: The Economist Newspaper, London.