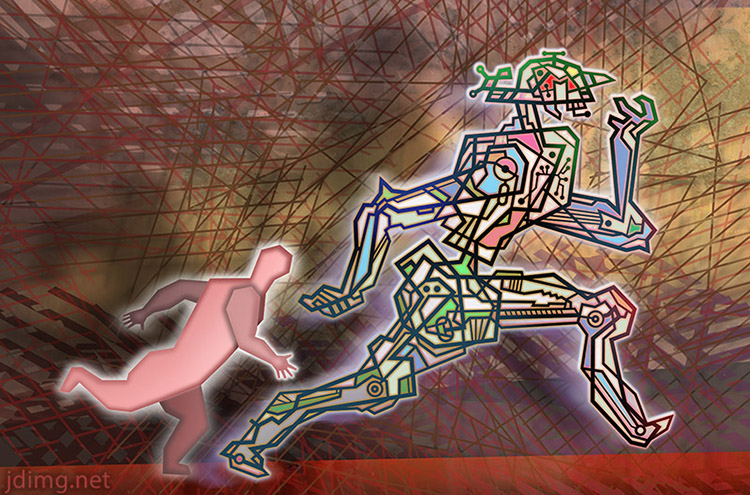 Running Mate in this image we see a human worker attempting to keep up with his robotic counterpart - an on-going issue of workplace automatisation and its impact on employment. "Economic growth continues, but not all see the rewards. By some estimates, the top 1% of American earners captured 58% of the country's economic growth between 1976 and 2007." - writes Ryan Avent. (0)
London, UK 2011-11-16
for: The Economist Newspaper, London
Link: ›www.economist.com/node/21538699