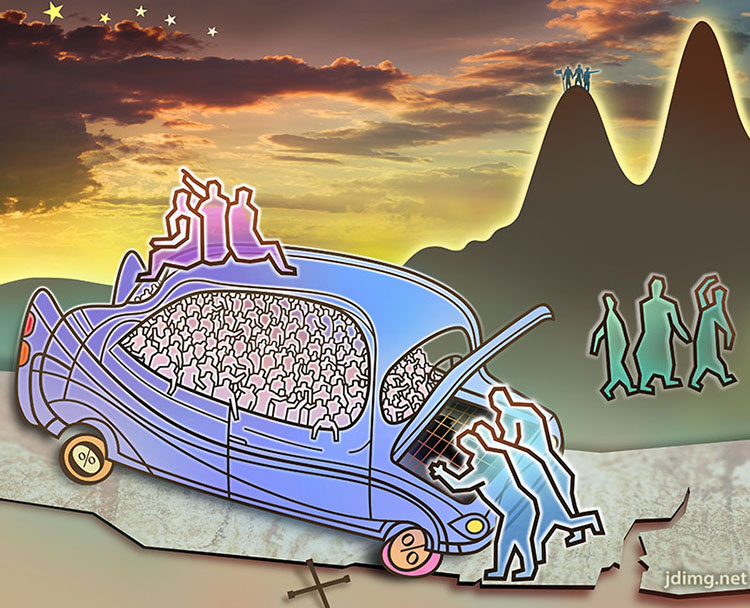 The Two Mountains new crisis has shown that conventional economics, although quite sophisticated, is fundamentally misdirected. economists will have to come down before starting to climb a new mountain - Simon Cox writes about conference, sponsored by George Soros, aimed at changing the current economic thinking. (199)
2010-04-22
for: The Economist Newspaper, London.
Link: ›www.economist.com/node/15908207