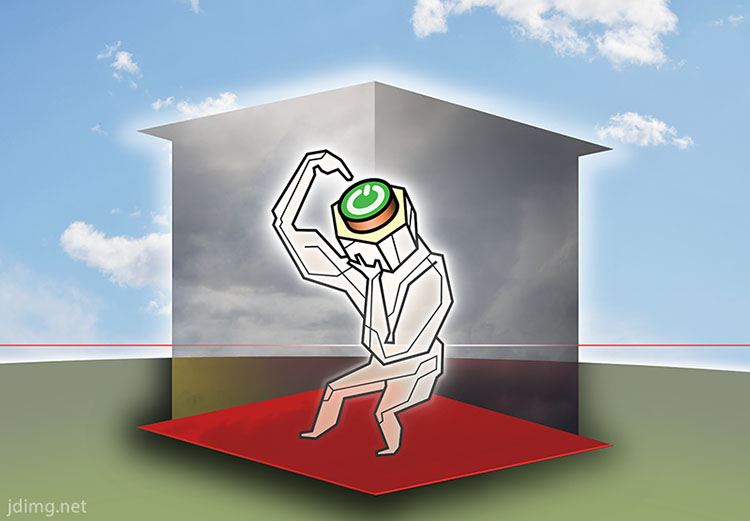 When The Only Way is Up absence of optimism plays a large role in keeping people trapped in poverty - says Saugato Datta. predictably, that drew caustic comments from some of The Economist's readers...
however, he is not wrong - not that the excess of optimism solves all the problems either :-/
the image shows a Human, under red poverty line, sat in cloudy cage of his own making. but - look - he is poised to push the Mental Lift button that will carry him Up!
made in Cabanyal, Valencia, Spain. (414)
2012-05-09
for: The Economist
Link: ›economist.com/node/21554506