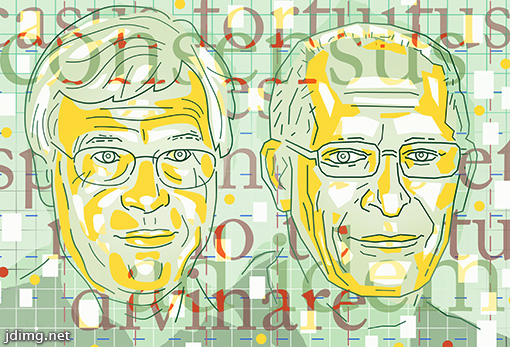 Casus Fortuitus Restaurant owner must not change the locks to deny the chef his share of future profit - Ryan Avent writes about work of Oliver Hart and Bengt Holmström - 2016 laureates of Nobel prize for Economics - who looked closely at such dilemmas, in context of their theory of contracts. they also said CEOs should not be rewarded for "lucky" events such as a hike in oil prices.
the Latin phrases in the background are: 'casus fortuitus non est spectandus et nemo tenetur divinare' (a lucky event is unforeseen and no one is bound to guess it), and, 'consensus ad idem' (agreement as to the same). (0)
2016-10-12
for: The Economist Newspaper, London
Link: ›economist.com/news/finance-and-economics/21708671-two-economists-win-nobel-prize-their-work-theory-contracts-hard