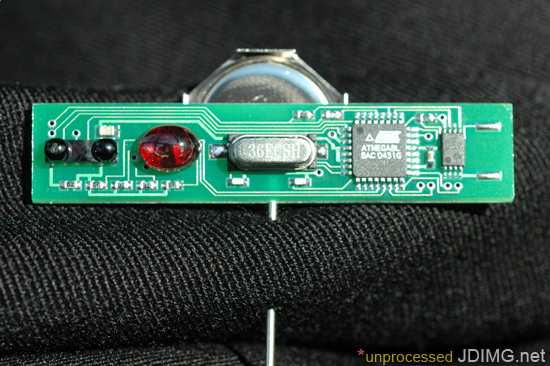 Ars Electronica Festival 2004 A pin worn on an individual's clothing records the number of contacts the individual has had with others outfitted with such a pin, as well as the time the contact took place and its duration. The recorded data are then depicted as visualizations: each pin is represented as a node from which countless lines indicate contacts and linkages.
By Jefferson Y. Han, Peter K. Kennard and W. Bradford Paley (USA).
(0)
Brucknerhaus, Linz, Austria 2004-09-06